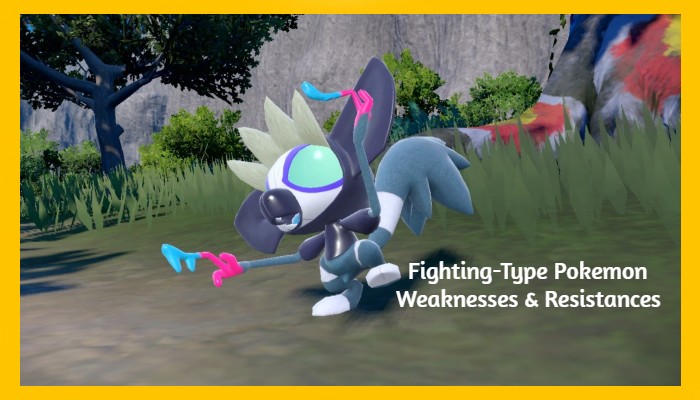 These Fighting type weaknesses and resistances are applicable to all games, not just the most recent. They can also be used for older games such as those from Gen 2.

Keep in mind that these weaknesses and resistances only work for fighting Pokemon. These will change depending on which type of fighting Pokemon you have. Let’s say, for example, you have a Medicham. This Pokemon has two types: Psychic and Fighting. In such cases, the weaknesses of this Pokemon change to Flying and Ghost. Resistances become Fighting and Rock.

This is only one example. Depending on which type, you might get more or fewer weaknesses than a pure Fighting Type Pokemon.

Although it is weak against 3 types, the Fighting type is strong against 5 types. These types include:

When it comes to attacking, there are two additional effects you need to know about the Fighting type.

This concludes the guide on the strengths and weaknesses of Fighting Type Pokemon. You can also find similar information about another type in our guide on Pokemon weaknesses.